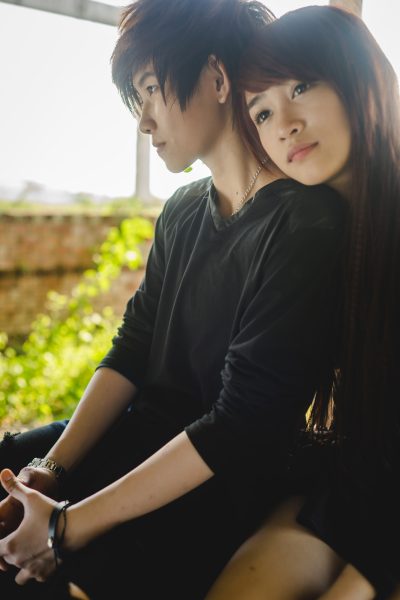 The first cut is the deepest

I grew up in suburbia, went to an Anglican Girls School and had never had a serious relationship with a guy. I had thought my lack of interest in boys was due to “immaturity” – the idea of being a lesbian never crossed my mind!

Two school friends and I used to go out and see bands together all the time. They were wild and fun but were more interested in sleeping with the band than listening to music! I met Kim at a gig when I was 18 and she was 20. She approached me as I was trying ignore the behaviour of my friends. Kim said that she had seen me at other bands. We clicked straight away, and when she suggested we go and see a band together I said I’d love to.

We made arrangements and the following week we saw a great band, had a brilliant night and, later hit Oxford Street – for my first time. I LOVED it – it felt so “free”. The more we drank, the better time I was having – she was so nice and we had SO MUCH in common. Later that night she told me that she was recovering from a very difficult break up and she was still heart broken. As I listened to her story my heart broke for her, she was such a great person. A little later she told me the relationship had been with a girl…I wasn’t shocked. However, at that moment that I thought, ”she is the sort of person I would like to go out with. But she’s a girl! Shit!” I’d realised why I had never “connected” with boys. The more time we spent together the greater my attraction to her grew. We connected in a way that I never had with anyone else. She enchanted me and I was falling in love. Finally one night we kissed and it was on.

Kim told me her mother had sent her to a psychologist when she came out and said that no one could know about us – they’d try to break us up. I believed her. Also I thought our relationships was too “special” to share with the world. No one else would understand what we had! She told me how special and gorgeous I was; bought me presents and we had fun together. I had never been so happy. After 3 months we moved in together. It seemed the right thing to do, however this is when the cracks started to appear.

“Kim told me that my mother would never accept us, and that she would try to break us up so I saw less and less of my family.”

One night we were out seeing a band and I was having a great time. I turned around to find Kim wasn’t anywhere to be seen. I thought she must have gone to the toilet or bar so didn’t worry but the gig ended and there was still no sign of her. I went outside to find her with a furious expression on her face. At first I thought she’d seen her ex-girlfriend but I soon worked out that she was mad with me. She kept saying that maybe we should call it quits – as I wasn’t ready to commit to a relationship. I was devastated. She kept accusing me of trying to come on to a guy on the dance floor. It took hours of me saying sorry and telling her how much I loved her for her to get over this ‘hiccup’. But I was left rattled.

During the next six months this sort of thing happened regularly, and I began to change my behaviour to prevent it. I didn’t talk to anyone except friends when we were out and I gave Kim 110% of my attention. I kept thinking that she just needed to see that I wasn’t like her ex-girlfriend and things would be OK. But no matter what I did the jealous episodes continued I began to think of them as proof of how much she loved me and how much her ex had hurt her.

We wanted to spend all our time together so we both quit our jobs. I thought this would be a great opportunity to prove how committed I was. We spent 24/7 together; going out all-night and sleeping all day! Mum had made it clear that she didn’t like Kim, even without knowing we were together. Kim told me that my mother would never accept us, and that she would try to break us up so I saw less and less of my family. It hurt, but Kim was the most important thing in the world.

I’d lost contact with my friends, I wasn’t working – and still the jealous rages continued. I was baffled. Eventually I got bored and wanted to work so we both got new jobs. After a few weeks Kim quit hers; she said she hated it and would find another job – she never did. She took over control of “our” money (ie my salary) and started calling me at work all the time. We often argued about money – particularly when I wanted some for myself. Every day she would make my lunch, drive into the city, pick me up and we would have lunch together in the park. I couldn’t ever have lunch with my work colleagues. One Melbourne Cup I desperately wanted to go to a champagne breakfast with my work mates but knew that I wouldn’t be “allowed”. So that morning I started a huge argument which allowed me to “storm out” of the house – straight to the breakfast!

Over the two years we were together, my confidence with people disappeared, all my energy was spent on keeping her happy, and I desperately missed seeing my family. While we continued to have great nights out I was miserable and felt like I was continually walking on eggshells. She held my self-esteem in the palm of her hand. If she was happy so was I, if she wasn’t I tried to “fix” it. Eventually she left me for someone else – I was crushed. I felt unable to function without her. It was a very dark time of my life.