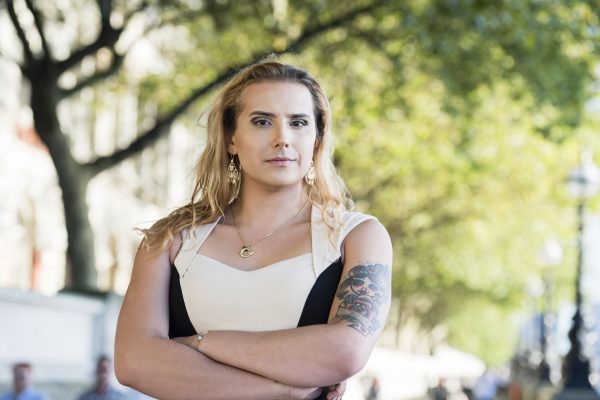 I Just Wanted the Intimidation to Stop

I had not long broken up from my wife and had just moved from Sydney to the central west of NSW. Living in a small country town I got on the internet and decided to meet some friends that way.

Despite moving away, each Monday I’d drive to my ex’s house, leaving around 4am to get there to make breakfast and be there to look after our two children. I usually stayed until she got home and the children had been put to bed, then drive the 3.5 hours back home. In between that, I had met a few people and despite not wanting a relationship, I was enjoying having some new friendships as the town I lived in was pretty small. There was one person I met named Rachel who took a great interest in me, and very quickly they wanted to spend most of their time with me and whilst I should have seen the warning signs even this early, within 1-2 months she was demanding I stop driving to Sydney to see my children. Oh! Near the end of my marriage I had mentioned to my former wife that I wanted to be a girl and despite us still having a friendship at this time, she certainly made me feel ashamed by what I had said. So going into a new relationship I had once again buried the feelings I had about my gender that I had since I was 6 years old. I had even seen counsellors since I was 16 about my gender, back then you were certainly made to feel like you were crazy.

Soon I stopped seeing my children and within six months I had moved to the town where Rachel lived and we got married. The next few years were relatively uneventful, however, over time I was banned by Rachel from seeing my children as I had started a new family. I look back now and see the control over my life and what I was allowed to do only grew and grew the longer we stayed together and as well as control from my wife, I had lost contact with my friends and soon her mother became an intimidating influence in my life as well. During this time my gender dysphoria had certainly gotten worse and I had gotten to the stage where it was affecting my everyday life, despite this being a constant for as long as I could remember and I had learnt to cope, it had gotten to the stage where I couldn’t face the world anymore and I finally came out to Rachel and let her know in January 2014. At this stage I saw Rachel as my closest friend and confident, I had truly thought that if I was going to tell anyone, she was the person I could trust and know she’d look out for me.

Even though I’d spent the past 30 years reading about how to change your gender, I had no idea what would happen, though a few months later I was on hormones and for me, things had begun to change very quickly, even I was surprised how quickly. During this time Rachel found out I had gone and seen her mother’s GP and on returning had said she wanted to talk to me about getting me cured… from what I know now, the GP believes gender dysphoria to be a mental illness and I needed treatment, not hormones. This was September 2014, I had only been on hormones since June, but already people were gendering us as a same sex couple, for me this was great, but to Rachel’s mother, this was a thing of embarrassment and the start of the abuse which was going to be my every day. As any person who’s changed their gender will tell you, the time between genders is the worst in your life and it is also the time you need the most support. Sadly things only got worse and soon I was being regularly abused by Rachel’s mother who had almost become a permanent fixture at our house, all whilst Rachel looked on and said nothing and even more distressing in front of our children. This abuse went from comments about how I looked, to what people would think about me, to statements such as ‘people will think you’re a freak & ugly’, and comments like ‘you’re an embarrassment to us and you wife, you should just kill yourself and do everyone a favour’. Not surprisingly my confidence and self-esteem plummeted, my work suffered and soon Rachel also joined in with the abusive and derogatory comments.

Whilst I had told my parents about my transition and they did support me, they were nervous for me, and due to my embarrassment of who I was, I never let them know what was happening to me from either Rachel or her mother. I made sure my tears were away from them and as I worked in a family business I’d go to the bathroom and cry so they couldn’t see what I was going through. I guess things really got bad when I changed my name. I had let my wife know I was doing it and had let her know what it was going to be. I’d asked my mother at around 6 years old what I would have been called if I was born a girl and had remembered ever since, but when it came to asking Rachel’s mother to call me by my female name I experienced the worst abuse I had ever witnessed in my life and I was called every imaginable name under the sun when it came to being trans and much more. After about 20 minutes of abuse I left the house as I couldn’t cope anymore, a time of immense happiness for me became a memory I now feel sick thinking about. As shallow as it sounds I had achieved in 6 months what I had wanted all my life, I had even turned out slightly pretty already but I now hated myself more than I could ever imagine and during this time I had started talking to my counsellor more about the abuse than my transition. When I look at it now, for me the gender change was the easy part, the abuse was the hardest.

During this time, I now know I was very naïve; however Rachel had convinced me to sell all my assets I had owned and put the farm I’d owned for the past 10 years on the market. She had told me we should move to a bigger town and build there. Soon I travelled to Thailand and had some facial surgery, despite being lucky enough to be small and even having a feminine face, I guess like all of us, I had my insecurities about how I looked. Each day whilst I was over there we spoke regularly on skype and spoke about building our future together and how we could make it. However on my return something had changed and as I soon discovered her mother was making plans to get rid of me. I was told to stay at home and not be around them when they went out and the verbal and emotional abuse I was receiving from both Rachel and her mother had become constant. I still remember when I went to drop off our children in the centre of town to my ex-mother-in-law and someone mistook me for her daughter. Whilst nothing was said at the time I still remember the abuse I received that night when she came over to tell me in no uncertain terms how disgusting I was and that I wasn’t a woman.

Surprisingly though this was only the start of my abuse. On Easter Monday after having breakfast Rachel got up and said ‘you have 2 hours to leave’ and despite the screams of my daughter saying,” I want to stay with daddy” (Oh! Even today she still calls me daddy… a magic daddy as she says it), she took both our children and said to me ‘you better not be here when I get back’. As I had lost all my ‘fight’… and well… even I had started to hate myself… I got my clothes out of the cupboard and put them in my very small hatchback. The only other thing that fitted in my car and was special to me was my cello, nothing else fitted. As I was about to go, leaving everything I had collected during my life, whether that be photos, cards, presents, my cooking things (I had more kitchen utensils than a chef), and for some reason Rachel turned up to say bye, maybe she’d found a heart, but I soon left, going to my parents. I now know Rachel had rung my mother twice attempting to turn them against me that morning so I wouldn’t have anywhere to go, I guess she never knew the love my parents have for me.

As I said this is when the real abuse really started. I was allowed to only see our children for about 15-30 minutes a week and all the time Rachel hovered over me like I was a threat to them. One day I said to her, I would like to see them more, this enraged her and this was the one and only time Rachel became physically violent with me, leaving bruises. Out of fear from what she had said to me I went to the police and made a complaint. Despite the many months of violence I begged the officer to not take out an ADVO, I just wanted the intimidation to stop.

Soon after, I approached a support service for help to instigate mediation and I informed Rachel about what I had done so she would not get a shock when they called/wrote. Instead of being receptive, 3 days later I received a letter from a solicitor threatening defamation against me (I am still not sure for what) and that if I ever contacted her again they’d get an ADVO against me.

4 hours after I had posted on Facebook (yes… I know!) that I had met a beautiful woman who is still my partner today, I later discovered Rachel and her mother had gone to the local police station seeking an ADVO against me… and I kid you not… for the reason that I was transgender and a threat to our children. 2 weeks later two police officers knocked on my door looking for a male. I was dressed in a crop top and leggings as I had just got back from the gym. I asked them what the person’s name was and to my shock, it was my old name. After immense embarrassment I told them I was the same person. Whilst I could write a book… here are some of the ‘things’ done to me since our separation:

Over these past 3 years since I decided to change my gender much has happened.

I’ve met a wonderfully supportive woman who has cared for me and shown me what a true relationship is. I not only have a loving partner but also the wonderful support of my family and the university where I study law… hopefully I can make a difference for the next generation when I graduate.